ORLANDO, Fla., Oct. 20, 2022 /PRNewswire/ -- Today, SK geo centric ("SKGC"), a South Korean-based global leader in polypropylene ("PP") production, and PureCycle Technologies, Inc. (NASDAQ: PCT) ("PureCycle") signed a joint venture agreement ("JVA") to operate the first Polypropylene recycling plant in Asia. SKGC will make a joint investment with PureCycle to build a plastic recycling plant in Ulsan, South Korea with an annual capacity of up to 60,000 tons. The plant, which is currently expected to be completed by the second quarter of 2025, will turn contaminated plastic feedstock into ultra-pure recycled ("UPR") resin that can be infinitely reused and recycled.

Each company will have 50/50 ownership of the joint venture. SKGC will bring marketing capabilities related to market development, strategy, and sales to the venture while PureCycle will provide their patented purification recycling technology / IP and contribute technical capabilities. PureCycle is uniquely capable of removing odors, colors and other contaminants from PP waste feedstock and transforming it into an Ultra-Pure Recycled ("UPR") resin that can be continuously reused. PureCycle is close to completing its first purification plant in Ironton, Ohio, and broke ground on a second recycling facility in Augusta, Georgia earlier this year.

With the JVA signed, SKGC and PureCycle will move forward with plans to open the facility by 2025. PureCycle has also agreed to provide SKGC with certain first rights to participate with PureCycle should PureCycle pursue expansion in the Asian region. This agreement is expected to expand SKGC's global market reach.

Na Kyung-soo, CEO of SKGC, said, "Asia's first commercial production of ultra-pure recycled PP is in sight. This will take SK geo centric to the next level." He added, "We will continue to contribute to making Korea play a key role in the rapidly growing global recycling industry."

Dustin Olson, CEO of PureCycle, commented, "We are thrilled to be working with SK geo centric on this exciting project. This new polypropylene purification plant – the first of its kind in Asia – will not only recycle plastic waste in South Korea, but also supply a new market with premium recycled plastic that can be utilized to develop a diverse array of consumer products. This announcement marks a critical milestone in the fight to tackle the plastic pollution problem on a global scale."

PP is one of the most widely used plastics and can be found in a variety of household and commercial products like food packaging and toys, automotive interior materials, and home appliances. Since the conventional mechanical plastic recycling process cannot fully remove odors and contaminants from PP waste, most PP ends up being incinerated or shipped to landfills. With this new venture, SKGC and PureCycle hope to end this cycle and increase the amount of plastic that is recycled and reused in Asia and beyond.

Moreover, with calls to address the plastic pollution crisis and reduce global reliance on single use plastics, there has been a growing demand for recycled plastic resin. The creation of SKGC and PureCycle's new PP purification plant in South Korea will help meet this growing demand.

In 1972, SK geo centric laid the foundation for the development of the petrochemical industry by operating the first naphtha-cracking facility in Korea. SK geo centric provides various automotive & packaging products and solutions that customers and markets require. Furthermore, SK geo centric is growing into a technology-based global chemical company through continuous R&D efforts and global expansion. SK geo centric will achieve its vision, 'Green for Better Life', by establishing a plastics based circular economy by collaborating with various partners and stakeholders. SK geo centric will expand its portfolio of eco-friendly products and will continuously recycle beyond the amount of plastics produced in order to realize and leverage the sustainability efforts that will benefit our planet. www.skgeocentric.com

PureCycle Technologies LLC., a subsidiary of PureCycle Technologies, Inc., holds a global license for the only patented solvent-driven purification recycling technology, developed by The Procter & Gamble Company (P&G), that is designed to transform polypropylene plastic waste (designated as No. 5 plastic) into a continuously renewable resource. The unique purification process is designed to remove color, odor, and other impurities from No. 5 plastic waste resulting in an ultra-pure recycled (UPR) plastic that can be recycled and reused over and over again, changing our relationship with plastic. www.purecycle.com 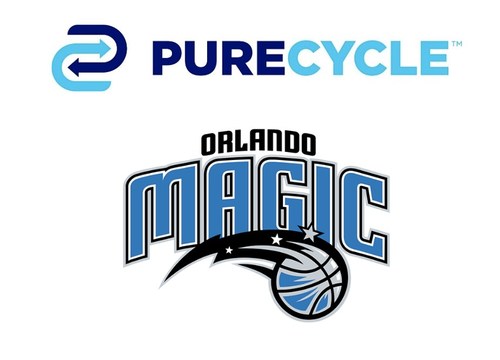 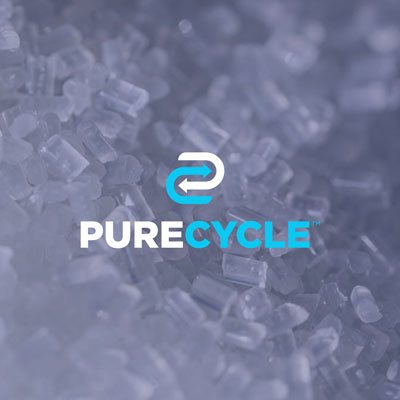 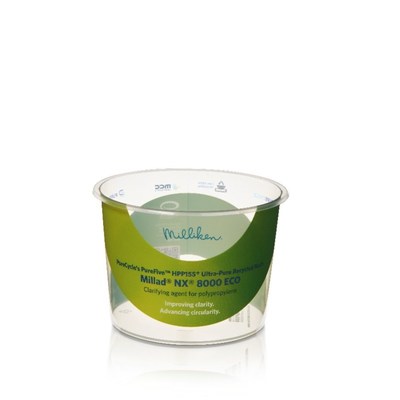